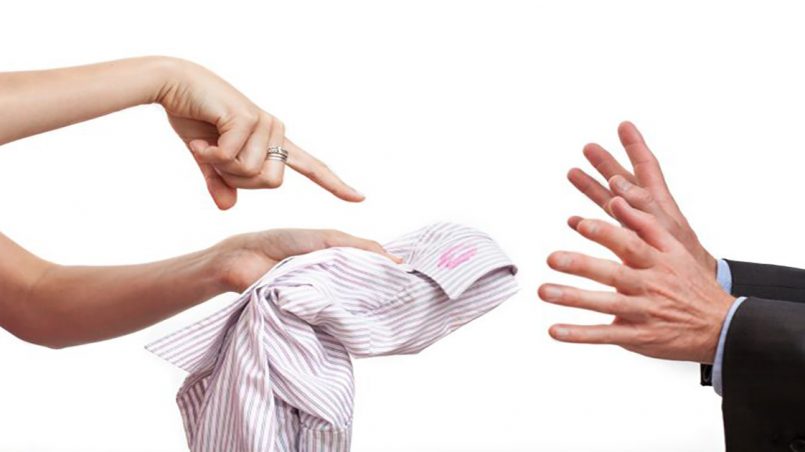 HOW TO CHEAT-PROOF YOUR RELATIONSHIP
Internationally known relationship expert Michael Fiore reveals how to “Cheat Proof” your relationship so he wants you and only you forever.

“I don’t know what I’m going to do. I love my wife. We have our ups and downs, Mike, but I love her, you know that. And I still think she’s so beautiful and sexy and I’d never want to do anything to risk what we have together but . . .”

“But?” I replied with a deep and knowing furrow creasing my brow. I knew what was coming. I’d seen it hundreds of times before and waiting for my college buddy, Mark, to type out the words and hit send was like watching a naked man in a barrel slowly drift towards the edge at Niagara Falls.

“But this new woman at work . . . the way she looks at me. The way I feel when she looks at me. All I ever hear from Marie these days is what I’m doing wrong. And I know I’m not perfect and I know Marie is stressed out and I try to help out any way I can. But this new woman at work . . . she’s not even as good looking as Marie but the other day when I dropped something off at her desk she put her hand on my arm and looked me in the eye and she said these 3 words that sent a shock through my whole body and made me feel more alive than I have in so long.”

“What were the words?” I asked, though I already knew.

“It’s silly, Mike,” he said. “It’s silly but she said this and I felt taller and happier than in ages and I suddenly just wanted her so much.

Hi, my name is Michael Fiore.

And in this short article (and in the special video I’ve put together for you that goes along with it) I’m going to teach you why “I appreciate you” are “magic words” that can make even the most faithful man suddenly want to cheat on a woman he loves . . . and a sneaky, almost “stupid” method any woman can use to “Cheat-proof” her relationship by making a man feel more respected and appreciated than he ever has in his life just by typing out a few simple sentences on the phone you’ve got in your pocket or purse right now.

(IMPORTANT: Before you go write angry Facebook comments saying that I should be writing articles telling MEN what they need to do to fix their relationships let me just say: I agree with you. Men are just as guilty of everything I talk about here as women are and I do in fact tell them so, but this article is for women. So stop being knee-jerk angry and pay attention. You’ll learn something that will save you from a lot of unnecessary frustration and pain.)

Why Are “I Appreciate You” Such Powerful And Devastating Words To A Man?

To understand why “I appreciate you” impacts most men like a emotional nuclear bomb you just need to understand 3 important things:

1. Men Desperately Want To Be Appreciated For Being Men And Doing “Manly” Things

I forget where I first heard this phrase but I absolutely love it:

Which is funny and sad and horrifyingly true and is represented in every sitcom with the hyper-competent wife and the man-child moron husband you see on TV (I’m looking at you “Modern Family” and “Family Guy” and “Everybody Loves Raymond” and uh, every show not created in the age of “Father Knows Best.”)

Listen: Believe me, I know being a woman today is hard and that the “super-woman” expectations most women deal with every day are insane and brutal. (And honestly, the expectations women feel like they’re supposed to live up to these days absolutely enrage me.)

But the fact is most men today walk around in a state of befuddled desperation not even aware themselves why they’re so miserable in their relationships or why their wives or girlfriends constantly seem so disappointed and angry at them.

I totally agree that men should pull their share of the load when it comes to housekeeping, taking care of kids, cooking and all the other stuff that’s been considered “women’s work” in times past . . .

But that doesn’t change the fact that men evolved to get their self worth from “manly” things (earning money, bringing home meat, battle / sports, having a hairy chest, being big and strong,  protecting you in a breakdancing competition  . . .

And that to be happy in any relationship a man needs to feel like a woman respectshim and loves him for being a man and doing the kind of “Manly” things evolution or God designed him to be good at. (Not constantly criticized for the domestic stuff that he feels incompetent at and will only ever see as a chore.)

2. Being Appreciated And Respected Is More Important To Men Than Either Love Or Sex . . . And Is the Main Reason Men Cheat

There’s a lie that’s been going around for years that guys cheat just because they want to get laid.

We all already know that women typically cheat because they feel undesired, unappreciated or un-romanced . . .

But it turns out the same is true for guys, too.

Actually, a while back I interviewed a woman named Mary Knight who worked for over a decade as a professional escort (prostitute.)

And she told me that after hundreds of clients she realized what these men really wanted wasn’t sex at all (many clients didn’t even want to have sex)  . . .

It was to have a woman lust after them, adore them and respect them as men without having to “earn it” or jump through a bunch of humiliating hoops.

And this need for respect and admiration is so deep and so powerful that if he’s not getting it from his wife or girlfriend  he’ll risk anything and everything to have it  even just for a moment.

3. Men Who Are Constantly Criticized And Don’t Feel Appreciated Eventually Stop Being “Men” At All

I get emails about this every day. Women who write in and say “Mike, I don’t know what happened to my husband/boyfriend. He used to be so strong and powerful and dominant but now he’s just a shell of himself and I don’t feel attracted to him.”

And every time I have to say it’s because he doesn’t feel truly appreciated for being a man.

(Honestly, it’s a bit like what happens to a Border Collie if you try to make it a house dog and constantly scold it for trying to “herd” you and your friends. Any creature criticized or punished for following its nature and instincts is going to become depressed, angry and probably drunk.)

Hey: I understand that you’re frustrated that the guy in your life isn’t the knight in shining armor you want him to be. But I’ll tell you right now (and there’s mountains of research to back me up here) that constantly criticizing a guy for what he’s “doing wrong” only pushes him away, destroys his masculine self esteem and makes him shut down, pull away and look for the appreciation he needs elsewhere.

(The way to get a guy to do the damned dishes is NOT to constantly complain that he doesn’t do the dishes. It’s to make him feel respected and appreciated as a man so he WANTS to do the dishes because he knows it makes you happy.)

“Mike, I understand how powerful the language I use with my guy is, how desperately he wants to be appreciated for being a man and how devoted he’ll be to me if I do it the right way . . . but how do I DO it? What do I SAY?”

And the answer is (weirdly enough) you don’t “say” anything at all.

You take out your cell phone and you send him some very powerful and very specific texts I’ve already written for you that have been proven by tens-of-thousands of women around the world to make a guy feel powerful and respected . . . and to inspire him to give you the romance, love and appreciation you deserve.

At the beginning of this article I told you about a special video I put together for you.

And wherever you are, whatever you’re doing you owe it to yourself to stop and go watch that video right now.

Because in that video I teach you exactly how to use text messages to reawaken the passionate, romantic, masculine man you fell in love with in the first place . . .

So he looks at you with desperate, astonishing hunger and love . . .

And so even THINKING about another woman makes him violently ill.

Why are text messages the “secret” to keeping your man happy, appreciated and faithful?

Because with text messages you can create a “invisible cord” between you and a man wherever he is, whenever you want . . . and since I tell you exactly what texts to send, you can do it without having to “think on your feet” or “write” anything at all.

P.S. At the very beginning of this video you’ll see me on “The Rachael Ray Show” a few years ago. Make sure you pay attention to the text I give to the audience and the amazing “ripple” that goes through the crowd as soon as I’m done.

P.P.S. Remember when I said GUYS need to appreciate their women too? Watch the video to learn how to sneakily inspire him to give you all the romance and appreciation you can handle . .  . even if you feel utterly unappreciated for everything you do for him now.