“Mike, when should I SLEEP with a guy a like? Will he think I’m

make him wait? When I was 20 this all made sense but now that I’m

older and am back in the dating world I need help!”

Hey Maria, (and the thousands of other women asking this same

And here’s my great answer…

Dammit! I bet you wanted something magical like “on the third date”…

It depends on the guy (and his attitudes towards women and sex.)

It depends on what you want from the guy (fling, boyfriend, wedding?)

And it depends on why you want to sleep with him in the first place.

Let’s break this down a little bit in reverse order…

I harp on this a lot, but it’s really important for you to understand that sex simply doesn’t carry the same emotional weight or importance for guys as it does for most women.

Sure, we obsess about the S-word pretty much constantly, put every woman we see through imaginary carnal contortions, and are basically ruled by our testosterone…

We want sex a lot (and, frankly, we want it with a lot of women… though we can also learn to be pretty darned happy in a monogamous relationship with the right girl.)

But just because sex is a huge motivator for a guy (and even a great point of leverage if you want to manipulate a guy) doesn’t mean it actually means that much to him once it’s said and done.

To be blunt: Sex is more important to a guy before he has it than it is after he has it, and that first time with a woman is always going to have way more power with a guy than any other time you make love.

Let’s list out a few good reasons and a few really bad reasons to have sex with a guy you recently started dating:

1. Because you sincerely like the guy, have gotten to know him well enough to trust him, and think it’s time to add a physical element to your relationship that you’ll both enjoy.

(Plus, you really want to try out these new ping pong paddles you’ve got. Weird.)

2. Because after everything that happened with your ex, it’s been 4 freaking years since you were made love to properly and you really just need a man to treat you like a woman.

3. Because… well, because you’re in the mood and he smells AMAZING.

Nothing wrong with that at all, as long as you know that’s why

1. Because he’s leaning on you and pressuring you to do it even though you’re not ready. (He is a douchebag. Let him leave.)

Sorry, it just doesn’t work that way. It’s a awful trick of biology but…

For women: sex creates feelings of love and closeness.

For guys: sex reinforces feelings we already have around a woman — but doesn’t create any new feelings at all.

That’s a fancy way of saying “Sleeping with him won’t make him like you more.”

It’s also worth noting here that for most guys, there’s no implied commitment after you sleep together.

Unless you both already agreed that you’re a “couple” and are “monogamous”, he’s probably not going to make that jump himself (and then you’ll be SHOCKED and ANGRY later when you found out he slept with someone else.)

Is this guy just a fling for you with no serious long-term potential?

Or is he somebody who makes your stomach do back flips and has you daydreaming about weddings and minivans?

Not all guys are created equal, and you’ve got to be honest with yourself about a guy’s “potential” before jumping into bed with him.

Even though all guys are powerfully driven by sex, we’ve also got very different levels of “guilt” and “culturalization” around the topic.

It’s a generalization, but oftentimes the more “conservative” or religious a guy is, the more “baggage” he’s going to have around the sex topic and the more serious it’s going to be to him.

(Sometimes REALLY conservative guys can actually turn on a woman who has sex with them. Lame.)

1. If it’s a guy you like and you think there’s potential for something great there, wait a little while.

Not months and months or anything like that, but wait until you’ve had a few dates, have gotten to know each other and he feels like he’s had to do a little work to get into your pants (even if you’ve been desperate to get into his.)

2. If it’s a guy you don’t see long-term potential with, it’s up to you, but you’ve got to be careful with your heart.

Like I said, I talk about this a LOT more in “Make Him Beg To Be Your Boyfriend”

But this should give you a good start.

If you want to know how a guy REALLY feels about you, watch this video and answer the 7 questions it asks… 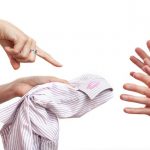