Today I’m going to answer a question from a lovely (and brokenhearted) British lady asking me how to help her get through to a guy who just won’t “let himself” love her (cuz he’s scared of getting hurt.)

Hi Michael Fiore,
I have been receiving your emails for a while and I read them all. Just want to say thank you, I learned a lot from them. I need your help. There’s a guy who I’m in love with. I’ve fallen hard for this man. But there is a problem. He lives abroad and he won’t see me whenever he is in London.

I’ve known him for over 3 years, but we have only met once. I know. But we have been in constant communication over the years. I was in a relationship when we met so I could not be with him when he pursued me. He chased me, he organised dates and I turned him down. Even when I became single I did not give him a chance.

He has such a big heart and he has been there for me when I was struggling and had no one to turn to. He has told me he loves me, but the problem is he won’t be with me.

Last year I was fed up. I simply told him I was done and I did not want to have any contact with him as he just seems to promise to see me, but never shows up. But I still love him. And I want to be with him. I can’t get rid of how I feel. And he holds the power now. How do I get through to him? He won’t even open up to me apart from when he said to me last year.. I could have had him a long time ago. And that he is scared of me hurting him. Please help.

Thanks so much for your question. Reminds me of when I lived in London back in College (when I had long, muppet-like hair down to my shoulders and wore nothing but a black trench coat and a scowl. I was kind of a goth. It was adorable.)

I can feel your anguish and heartache from here and I’m gonna do my best to give you a clear path forward . . .

But . . . there’s something just FISHY about this whole situation and there’s a few things about this thing that give me the HEEBIE JEEBIES (which I believe is considered a Pre-existing condition.)

And, as I’m writing this I’ve got two voices in my head telling me to give you two VERY different pieces of advice . . .

First off, let’s talk about how you met this guy in the first place and what I think MAY have been happening in your head over the last few years (and why you’re so DESPERATE to have this guy’s attention now.)

Tell me if this sounds familiar (I’m guessing my butt off here because I have limited information but I bet I’m at least a LITTLE bit close . . . or maybe I’m completely off base. Whatever. We’ll see!) . . .

A few years ago you were in a relationship with another guy. Things were “fine” but you didn’t have that SPARK you had when you first got together and while you were pretty sure your boyfriend loved you he just wasn’t CHASING you or ROMANCING you the way you wanted him to . . .

Then, somehow, some way you met THIS GUY. You’ve been hit on by guys before while you’ve been with your boyfriend and you’ve always laughed it off and just taken the flattery, but THIS GUY was different for a few reasons . . .

1. He lived out of town and wasn’t in London very often (which meant it was “safe” to flirt with him because it “couldn’t go anywhere” anyway.

2. He was PERSISTENT. Heck, I bet he was both PERSISTENT and PRETTY ATTRACTIVE. Maybe he was even the kind of guy who was PRETTY DANG GOOD WITH WOMEN (because he was unafraid to pursue what he wanted.)

And the fact that he wanted YOU (when your boyfriend didn’t even want to have sex that often anymore and almost never made you feel wanted) was INTOXICATING.

That said, you are NOT a cheater, so you did the right thing and turned him down.

But THIS GUY kept asking you out, organizing dates and GOING OUT OF HIS WAY to make you feel desired and HUNTED and wanted . . .

And over time, as your relationship with your boyfriend began to whither, there was a voice in the back of your head that kept coming back to THIS GUY and how INTO YOU he was and (the important part) that if you DID end things with your boyfriend THIS GUY’S attention showed you that you were still DESIRABLE and his DESIRE for you became something you relied on and thought would be there forever like STONEHENGE . . .

Then you got SINGLE and he KEPT pursuing you and that was GREAT because you really liked the attention . . .

BUT even then, you weren’t actually that attracted to HIM, were you? (I mean, if you were, wouldn’t you have given him a chance when you were single?)

I mean, he was a sweet guy and you liked him well enough and the attention was AWESOME (in fact you maybe even fell a little in love with the attention) but after being in a THING for a while you wanted to play the field a little bit and not just DIVE into something serious again . . .

BUT he was such a nice guy! I mean, he was THERE for you and LISTENED to you and did all the things a guy was SUPPOSED to do . . .

THEN he started not pursuing you so much at all.

THEN he started taking a bit longer to answer your messages.

THEN he started talking about how he didn’t want to get hurt and how he’s “scared” of you (by the way, for the men reading, women do NOT like when you are “scared” of them. It’s not sexy at all.)

THEN he started saying he would see you when he was in town but never actually DOING it (leaving you to go through the terrible ROLLER coaster of getting ALL excited and then feeling AWFUL about yourself when he doesn’t show.)

And THEN, suddenly, instead of being PURSUED by this strong, confident man who seemed to be willing to do ANYTHING to be with you . . .

YOU were pursuing this guy, begging for HIS attention and feeling 2 feet tall because this man who used to be OBSESSED with you and made you feel SO good now just makes you feel . . . well . . . sad.

Now, I’m sure I got MANY details wrong, but am I a LITTLE bit close, here?

So here’s what I think is actually going on here and what you should do:

1. I don’t know this guy, but it sounds to me like he’s got some kind of intimacy issues or has been badly hurt in a relationship before. When he met you the fact that you had a boyfriend made you somewhat “safe” and unattainable so he pursued you. (In fact, I bet he has a history of getting obsessed with women he can’t have because then he doesn’t actually have to show up and risk getting hurt.)

2. The fact that you rejected him when you got single STUNG HIM LIKE ONE THOUSAND HORNETS and made his self loathing go into overdrive. He didn’t tell you this, but part of him was ANGRY that you still didn’t want him so he started to PULL AWAY . . .

3. When you felt him pull away you started to PURSUE HIM. All that attention you loved so much just DISAPPEARED, leaving you like a plant that had been used to getting HIGH OCTANE PLANT FOOD now having to deal with nothing but the scant British sun . . .

4. Feeling you pursue HIM made THIS GUY feel POWER in your dynamic in a way he never had before. YOU had always been the one with the power, but now with the shoe on the other body part the entire dynamic changed and he LIKED it.

5. With him pulling further and further away (and, honestly, not idealizing you or putting you on a pedestal the same way as he used to) your heart FREAKED out. You felt like you had a chance with “A really good guy who treated you well” and with that being taken away you PANICKED and . . . . . . uhh . . .

Well, you convinced yourself you are in love with him when you actually aren’t.

Cuz, see, I don’t think you romantically LOVE this guy at all (you might love him as a friend, mind you.)

In fact, I’m willing to bet that a LARGE part of what you find attractive about this guy is that he does not want to be with you . . .

And that if he DID decide to be with you it would last . . . ehh . . . maybe a few months before something in you CHANGED and you remembered why you didn’t want to be with him when you were single.

ALL OF WHICH IS TOTALLY NORMAL.

We are human beings and as human beings the thing that triggers us more than anything else in the world is when someone DOESN’T WANT US.

It starts when we are kids begging for our parents’ attention . . .

And it STICKS in our brains FOREVER and EVER afterwards.

So here’s what you do:

2. List out WHY you didn’t want to be with him when you were single. Be HONEST. What was it that kept you from going for it? What DIDN’T you find attractive about him then?

I’m willing to bet if you do this HONESTLY you’ll discover what you are feeling for him isn’t “Love” at all, it’s a desire to escape the pain of rejection.

WHICH MEANS in my professional opinion you have two options:

I really think this is your best option. You met this guy when it was too complicated to be with him and I’ll tell you right now neither one of you was actually attracted to who you really are.

2. TAKE YOUR POWER BACK.

That means cutting off contact with him, no longer asking him to meet up, DATING OTHER GUYS and basically putting him in the “friend zone” (and meaning it.)

If you REALLY want to go this path I recommend you check out a few things I’ve created:

A. Make Him Beg To Be Your Boyfriend – On Amazon Kindle for just $2.99 (or free with Prime) B. Text Your Ex Back – I know he’s not technically your “Ex” but a lot of the techniques in TXB will do wonders if you want to “Respark” his desire for you and break his fear. Oh, one final thing. You say that he’s afraid of you hurting him and that’s totally valid. The fact is he got REALLY excited when you became single and when you rejected him at that point it hurt like hell. No matter what it’s going to take time for him to trust you aren’t just going to “flip” on him. But even if this becomes a relationship I bet it’s going to be a DRAMATIC one.

Have a question for me? Send it to support@digitalromanceinc.com!

Do you think I gave Felicia the right advice? Go to FACEBOOK and let me know! 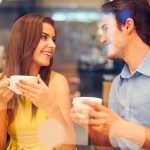 I’m tired of ‘hooking up’… I want a REAL relationship 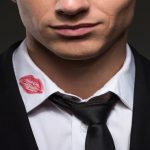 Why Do I Go Back To Men Who Are Bad For Me?