Relationship expert Michael Fiore reveals a disturbing global trend where boyfriend-quality guys are “opting out” of serious relationships . . . and are choosing meaningless “hook ups” and being alone over even the smallest emotional commitment . . .

PLUS he gives you the EXACT steps to get the guy you want to fall head over heels in love with you and beg you to be his (and only his) for as long as you want without tricks, without playing games and without him swearing up and down that it was 100% HIS idea . . .

If you’re a woman trying to “date” in the age of Tinder, Online Dating and “dick pics before the first date” I’ve got an important question for you . . .

Are You SICK of it yet??

You already know what I’m talking about . . .

“Hookup” culture where your phone gets jammed with guys showing off their abs, begging for NSA sex and refusing to even consider meeting up with your clothes on …

“Quality” guys with good jobs who say all the right things and really seem to like you, but who break out in hives and disappear the moment you say the word “boyfriend” . . .

You’re Not Paranoid . . . You’re Not Imagining Things . . . It Really Is The WORST Time In Human History To Be A Single Woman (And It’s Only Getting Worse) . . .

If you feel like the clock is ticking for you to finally find the one man you were meant to be with but can’t find no matter how hard you look, you need to read this controversial article and watch the special video I put together for you which teaches you how to get a man to CHOOSE to commit to you (and only you) right now before it’s too late.

Because as a guy who’s dedicated his life to helping women just like you find and keep real, lasting love I can tell you some very bad news . . .

Here’s some disturbing data that should make any single woman’s skin crawl if she hopes to have a serious relationship . . .

Heck, in Japan a shocking 70% of men over 30 refer to themselves as “grasseaters” or “herbivore men” . . .  that means they completely shun the idea of marriage or even having a girlfriend, causing the birth rate in Japan to PLUMMET . . . in fact most experts say Japan’s population is going to SHRINK by 30 million people by 2050.

What does this mean to you and the romance, love and future you’ve been dreaming of since you were a little girl?

It means your Prince Charming is NOT just going to show up no matter how long you’ve waited and no matter how much you crave his arms around you . . .

It means approaching dating the way you HAVE been (waiting around for the right guy to find YOU) is just going to leave you sad and alone (or even worse, settling for a guy who’s nowhere near good enough.)

And it means if you want to be one of the lucky few women to have an amazing guy and incredible love in your life, you need to act RIGHT now . . .

Now Here’s The Good News That Will Have Handsome, Considerate, Intelligent Guys Who WTant A Serious Relationship FIGHTING Over You . . .

While Every Other Woman Who Didn’t Read This Has To Fight For Table Scraps . . .

Wherever you are, whatever you’re doing (whether you’re on your laptop, your tablet or even reading this on your phone on the bus), it’s important you drop everything and go watch that video right now.

Because in this extremely personal video (where I admit to things I thought I’d never say in public) I’m going to teach you 3 Simple (but devastatingly effective) steps to make quality guys fall head over heels in love with you . . .

Even better, this video will teach you how to get strong, powerful REAL men to chase you without feeling like you’re making the first move at all . . . 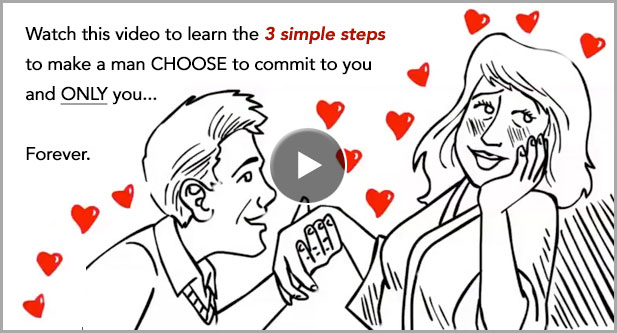 How Do I Know The 3 Step Method In This Video Gets Even The Most “Commitment-Phobic” Guy To BEG To Be Your Boyfriend (Or More)?

I never talk about this, but I used to be just like the guys we’ve been talking about . . .

And in this video I admit to my own days as a “player” who slept with multiple women a week, refused to “date” at all and would swear up and down that I’d NEVER commit (never mind get married) to ANY woman no matter what . . .

Right up until the day I met her.

At the time I had no idea what was happening . . . but without her saying a word and without her ever asking I cut everything off with other women . . . I chased her, seduced her, romanced her . . . and did everything I could to make her MINE . . . and eventually put a ring on her finger and asked her to stay MINE forever.

Watch this video now to learn EXACTLY what she did (it’s shockingly easy and effective) and how to make a guy CHOOSE you and ONLY you.

P.S. Here’s EXACTLY how my wife got me to give up my “player” days and learn to love being in a serious relationship . . .

Click here to learn the 3 simple steps to make a man CHOOSE to commit to you and only you forever.

P.P.S. Many women say the information they learn in this video “opens the door” to a whole new level of intimacy, passion and love with men . . . and makes dating actually FUN again (because it gets you past the shields so many men have erected.)

If you’re going nuts trying to figure out how to “date” in the age of Tinder and Online Dating watch this video now. 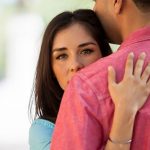 How Do I Know If He Loves Me? 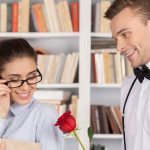 Should I RUN from this Guy or Not?