Internationally-known relationship expert Michael Fiore reveals the devastating difference between what the word “Love” means to women versus men… why asking a man if he “Loves” you often leads to ruin. . . and teaches you 7 simple-but-powerful questions that tell you if a man truly Loves you or if he’s just using you.

WARNING: Some women find the facts revealed in this article and video uncomfortable. Do not read any further unless you’re ready and willing to discover truth about men.

Have you ever looked at a man you were dating or were even married to – a man you’d given your heart to 100% – and found yourself anxiously, desperately wondering . . . “Does he really love me?” If you have (and I know you have), you need to read this article and watch the special video I put together for you that teaches you 7 Simple Questions to reveal if a man REALLY loves you right now before it’s too late. Why? Because as a man who’s helped tens-of-thousands of women just like you have the passionate, connected, love-filled relationships you’ve been dreaming of your whole life (and have never been able to get no matter how hard you’ve tried) I can tell you . . .

“Love” Means VERY Different Things To Men Than It Does To Women . . . And Asking A Man If He “Loves” You Is The Absolute Worst Way To Discover How He Truly Feels . . .

Let me just flat out tell you, the methods you’re using to find out if he Loves you right now don’t work . . . and might even be pushing your man away and destroying your relationship . . . If you’re like most of the thousands of women I’ve helped with this video, you’ve been using one (or more) of three toxic methods to discover if he TRULY loves you (and doing incredible damage to your relationship without even knowing it.)

You’ve probably found yourself doing this without even knowing it . . . and without even knowing why. In my years of doing this I’ve seen thousands of women push good men away simply by over-interpreting a man’s body language, a look in his eye or thinking that everything a man says or does is a reflection on how he feels about your relationship. The fact is: Unlike women, a man’s romantic relationship usually isn’t at the top of his mind . . . and 99% of what he says or does has nothing to do with how he feels about you at all.

First off: If you’ve done this it’s not really your “fault” and the damage can be repaired once you learn the right way to know if he loves you. Subconsciously most women express their insecurity around where you stand in a man’s heart by making him PROVE that he loves you again and again. You might do this by getting upset when he’s not chivalrous, by complaining or nagging at him when he doesn’t put you first . . . Or even worse, you might “Test” a man by picking fights with him because it’s the only way you know how to get him to pay absolute attention to you and show you TRUE emotion. The fact is: Out of over 20,000 men I’ve surveyed every single one said that “testing” made him feel less in love with the woman in his life and had him thinking he’d made a tremendous mistake by being with her.

Toxic Method #3: Continually Asking Him If He Loves You.

And here’s the the most dangerous of all (even though it seems the most innocent.)

The fact is: Asking a man if he loves you over and over creates a tremendous amount of friction and contempt in your relationship. I recently surveyed men and asked them “What’s the one thing you desperately want women to know but are afraid to tell her?” The number one answer? “It devastates me when I say I love her and she doesn’t believe me.”

Here’s Why You Don’t Believe Him When He Says “I Love You” . . . It’s Because You’re Asking The Wrong Question (And He Thinks You’re Asking Something TOTALLY Different Than What You So Desperately Want To Know) . . .

When you get down to it, Love is like snow, every flake is different . . . And when you’re deep in the heavy throes of romance it’s way too easy to get “Love” mixed up with lust, companionship, respect, fear of being alone and obsession.

In my years of doing this and helping tens-of-thousands-of-women I’ve learned that to most women Love means . . .

“Is he obsessed with me like Christian Grey or that vampire from “Twilight?” Does he desire ME and ONLY me? Would he protect me from dragons? Does he think about me ALL the time? Does his manhood shrivel up if he even THINKS about another girl? Will he be MINE and ONLY mine FOREVER? Does he LOVE me?”

Can you fill in the blank? I tell you EXACTLY what Love really means to a man in this educational video I put up…

How To Know If a Man Really Loves You

Important Note: At the end of this presentation I tell you about a powerful program of mine that gives you the ability to basically read a man’s mind . . .

But that’s not important for now. What’s important is that you go watch the video, answer the questions, find out what Love really means to a man and learn for yourself if that one special guy thinks of you as his princess or as just a girl to pass time with until someone better comes along.

Watching this presentation might make you ecstatic or it might make you really sad, but if you want to have a great relationship with a man who truly cares, you NEED to watch it right now. 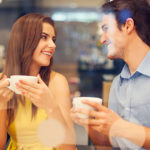 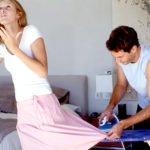 Cheat-Proof Your Relationship By Saying These 3 Magic Words (No, they’re not “I Love You.”)