Internationally known relationship expert Michael Fiore reveals the 3 signs that your ex boyfriend secretly wants you back . . . and exactly how to get him to come crawling back on his knees, even if the breakup was your fault, even if you cheated, even if he “hates” you and even if he says he never wants to talk to you again.

They’ve even done experiments where they hooked up men and women right in the middle of horrible break ups to an MRI machine and compared them to the brains of hardcore junkies who had been without their drug of choice for a few days.

And if they didn’t know which one was which they couldn’t tell the difference.

Which all goes to show that if you’re craving your ex boyfriend or ex husband and feel like you’ll die without him, that pain you’re feeling is 100% real, 100% awful and 100% understandable.

Which is why I’ve written this quick article for you (and put up this video for you teaching you a sneaky and strange way to get your ex boyfriend to come crawling back on his knees even if he say they want nothing to do with you now.)

Whether you just broke up (and feel like your heart is being dragged over razor blades) or if you “let one get away” months or years ago, these 3 signs will tell you if your ex secretly wants you back or if you should just move on.

This is exactly what happened to one woman I helped get her ex back and who almost gave up before I told her exactly what I’m going to tell you right now (you can hear her story in this video.)

The fact is hate isn’t the opposite of love at all, APATHY is.

If your Ex says or texts that he “hates” you it means he still has powerful and unresolved emotions for you.

And, if you really want your ex back and if you really believe that you and your ex are meant to be together, it’s actually stunningly easy to transform that “hate” back into Love and lust just by saying the right words.

If your ex is really “over” you he won’t feel anything towards you at all (except a vague “that was a person in my life and I hope they’re doing OK.”)

Sign 2: Your Ex Talks $H*T About You To Everyone He Can

OK, this is very slightly complicated but go with me for a second.

If your ex is complaining about you to your friends, family, co-workers or random whack jobs on Facebook or Twitter it actually means three things:

Sign 3: Your Ex Very Quickly Starts Seeing Someone Else

I get questions about this all the time around my “Text Your Ex Back” program.

Folks write in and ask “Mike, can I still get my Ex back and make him love me again if he is already dating someone else?”

And my answer is always “Definitely. But it’s your decision to make whether you want to break them up or not.”

Plain and simple, if your ex starts dating someone (or someones) else very quickly after your break up it doesn’t mean he suddenly found “The Love Of His Life” . . . it means he’s desperately missing the feelings of security, connection and love he had with you. Rather than deal with the pain of the breakup, he’s trying to shove somebody else into the role they wish you still filled.

Important: If your ex immediately starts dating someone who’s “nothing like you” it’s an even better sign – it means he probably doesn’t like this new girl for who she actually is at all.

Instead, when your Ex “rebounds to an opposite” it means he’s beating himself up for dating someone who “hurt” him and is trying to force himself to be attracted to someone just because they aren’t you.

All that really says is that you’ve still got a “hold” on your ex in some way.

Bonus Sign: Your Ex Makes The Breakup REALLY HARD And Drawn Out

Did your Ex “accidentally” leave a bunch of stuff at your house? Has he called you up asking for help with things? Is he coming up with excuses to drag out a divorce for months or years even though it hurts him financially? Is he insisting on still hanging out with your friend group, showing up to board game night or doing anything else that “forces” him to be part of your life?

If your Ex is doing anything that makes it impossible to have a “clean break” it means he’s unconsciously delaying the inevitable and is addicted to the emotional intensity you (and only you) cause for him.

So, Does Your Ex Boyfriend Or Husband Secretly Want You Back?

If you can answer “Yes” to at least 2 of the 4 signs I just laid out for you it meanson some level your Ex boyfriend (or husband) still wants you back whether he’s consciously aware of it or not.

And that the door is wide open for you and your ex to let go of all the pain and mistakes you’ve made in the past, forgive each other for everything you’ve ever done wrong and create an astonishing new relationship and new love with him where all the BS and drama is finally gone and you can finally have the life long love affair you deserve.

Which Is Why You Need To Go Watch This Video Right Now . . .

In this special video you’ll learn how to use simple text messages to get your Ex boyfriend or husband to forgive you for everything and BEG to have you back (even if you cheated, even if the breakup was your fault, even if you broke up months or even years ago.)

IMPORTANT: If you were in an emotionally or physically abusive relationship or if you know you and your ex were simply not meant to be together please DO NOT watch this video and DO NOT use the techniques I describe in it (which have been used by over 73,000 women around the world.)

The simple fact is these “Text Your Ex Back” techniques you’ll hear about in this video are extraordinarily powerful and should only be used if you truly believe you and your ex are meant to be together.

P.S. In this special video you’ll also learn why your old relationship with your Ex is DEAD (and why that’s a really good thing) and the 3 psychological “Tweaks” you need to make to your Ex’s mind to let him finally let go of his expectations and his pain, apologize for everything he ever did wrong and learn to love you for who you really are.

Does He Secretly Want You Back? Click Here To Learn Now 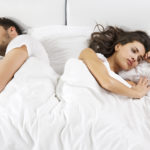 Why Men Leave Women They Love 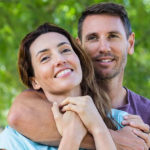 How to Turn the Tables on a Man Who Views Women Over 35 as “High Risk Baggage”, Making Him Pursue You Like a Mystical Unicorn (Using This One Simple Trick You Can Do With Your Mouth… )